We headed out of Camarinas and made our way to the first of the Rias that we are visiting.

The Rias Baixas are a set of four estuaries within Galicia, northern Spain.  We were heading to the first of the Rias, Ria de Muros and Noia. To get to this Ria we would have to round the infamous Cape Finisterre, which is the western most point of Europe (the equivalent of our Land's End).

The landscape and weather conditions of the Rias are a mixture of those you would find in Scotland, Wales and Cornwall, but with glorious sunshine and horrendous fog!

We left Camarinas at about 9.00am and headed out into the Atlantic. Eureka, there was wind! With the excitement of a child on their way to a party, Mark raised the sails and turned the engine off. The weather was absolutely gorgeous, glorious sunshine and a northerly breeze of between Force 4 to 5. Perfect sailing conditions. 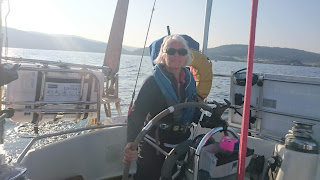 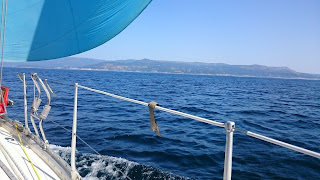 We managed to sail for about 5 hours, just before we got to Cape Finisterre. By now we were baking in the sun and down to not a lot of clothing (although we had factor 50 on!).

I have to admit that I was slightly disappointed by Finisterre. After the dramatic views of Capo Vilan, Finisterre was slightly underwhelming.  Having said that, the coastline is stunning and you have to respect the sea and the rocks it hides just beneath.

We had already decided that we didn’t want to go straight into a marina, we wanted to appreciate the beauty of the Ria and anchor in small bays for a few days. So, we headed past the main town of Muros and headed to Ensenada de San Francisco which is a small bay on the village of Louro. 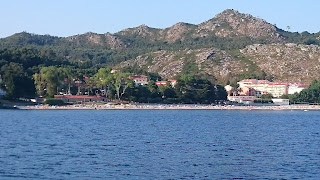 Louro is a small village set on the eastern side of Mount Louro which is an area of outstanding beauty and nature reserve.  The village itself is very popular with Spaniards and is geared up for tourism.  Having said that, it’s maintained its identity and is not overtly commercial.  This is probably because the Ria is the least developed and has maintained its authenticity.

Getting back to Offbeat was interesting.  As there was no moon, the sky was very dark so pushing Upbeat out into the water in pitch darkness, knowing that there were rocks around us was very sobering.  Thankfully Mark had put our anchor light at half mast so we could tell which yacht was ours. Would have been interesting if we’d rocked up at one of the other boats! 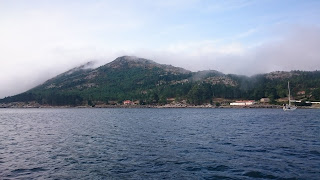 Monday morning the fog decided to join us.  It was fascinating watching it creep in over the water and through the wooded hillside.  At times we couldn’t see the beach or the rocky landscape on the way to the beach so we stayed on board and caught up with jobs. 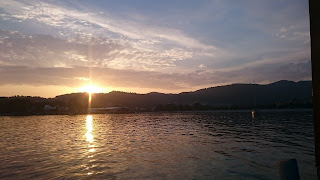 By mid afternoon the fog had cleared, although the weather was still cloudy.  As there were strong winds from the north forecast, we decided to pull up anchor and find shelter from them.  So, we headed to our next destination which was Esteiro and arrived just in time to watch the sun set over the hill tops.

We had a lovely day in Esterio the next day, just wandering around soaking up the ambience of the village and watching people go about their daily business.  Esterio is a lovely little village tucked away in the corner of the Ria and as it’s not bothered by tourists it has a real authentic feel about it. We stopped off at the little cafe for coffee – 4 coffees and 4 cakes €7. Unbelievably cheap and fantastic service from the lady that owns it.  We bought fresh bread and eggs from the bakery, had a drink in one of the bars overlooking the beach and wandered back to Upbeat to row back to Offbeat.

It was at this point Mark decided I should have a lesson in rowing and I’m very proud to say that I got us back to the boat. Ok it did take a long time and we did go via the Swedish boat moored in the middle of the Bay, but we got there in the end!

Wednesday we headed to the town of Muros.  We had hoped to go to Portosin but they just so happened to be hosting the international La Solitaire yacht race.  This is an annual single handed yacht race from France to Spain and back via the Bay of Biscay.  They were due to arrive in Portosin on Wednesday and were there until the Saturday, so there was no room at the inn!

When we arrived at Muros, we went to the marina office to check in and the duty manager asked us how long we were staying.  One or 2 nights we said. You’ll stay longer was his reply and he was right.  I am a great believer in things happen for a reason and as it turned out staying in Muros was much more interesting than we had ever hoped it would be.

Muros is a town of historic and architectural significance and many of its structural features are protected. It was once a major fishing port, benefiting from deep waters and continues to have a thriving fishing community.


The town itself features many narrow and colonnaded streets which are to be found behind the main square which is home to a very palacial town hall.  The streets of the old town are very narrow and steep, with numerous flights of steps taking you from one level to the next. 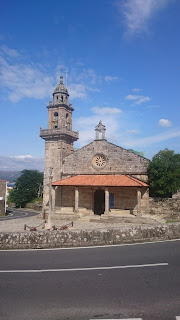 Muros is also one of the coastal town known for the quality of tapas, especially seafood and Mark and I can certainly vouch for this.  We had octopus and squid that just melted in your mouth, not the rubbery tinned stuff that takes minutes to chew!

After a visit to the local tourist information centre,  we discovered that the origins of Muros and Noia date back to the bronze age and there are a number of Petroglyphs in the area that confirms this.  Petroglyphs are images created in rock surface by removing part of the surface and are a form of rock art capturing thoughts and beliefs in time. 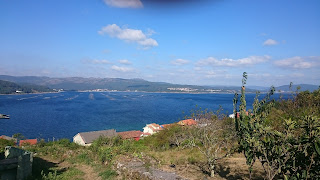 Oh boy, were we going to be busy sightseeing here! I won’t bore you with the minor details of our six mile hike through the forest and hills on Thursday, but we eventually found the petroglyphs on an obscure but very atmospheric rock outcrop in the woods. 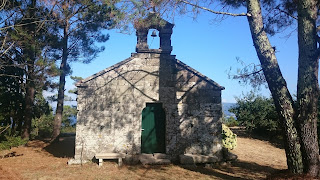 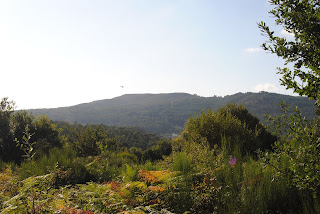 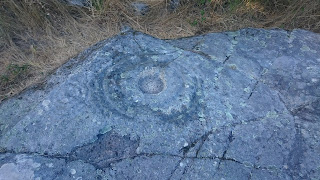 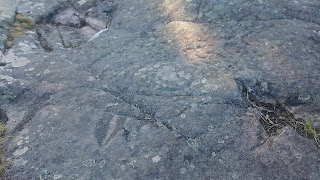 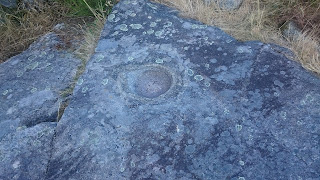 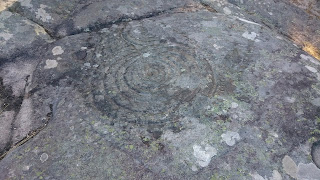 If that wasn’t enough culture for one week,  on Friday we headed off by bus to Santiago de Compostela as it only takes 1 ½ hours by bus from Muros.  I have to give it to the Spanish, their transport system is really rather good, even in little remote villages there’s still a daily bus service.

Santiago de Compostela is the capital city of the Galicia region.  It is also known as the end point of the Camino de Santiago pilgrimage route and the alleged burial site of the Apostle St James, whose remains lie within the Catedral de Santiago de Compostela. The pilgrimage to Santiago de Compestela can be via a number of different pilgrimage routes, some famous and some relatively unknown, but they all have one thing in common – the pilgrimage is seen as a form of spiritual retreat from modern life or as a form of spiritual growth.  The majority of people undertaking the pilgrimage do so by foot, with the most common route starting on the French side of the Pyrenees and covering about 800 kilometres. 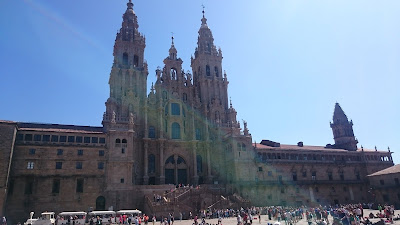 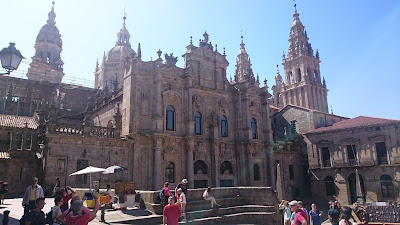 In addition to the Cathedral, the old town is home to narrow winding streets and numerous beautiful historic buildings and squares.  The only downside to this is that the old town is overtly geared to tourism which somehow undermines the reason why the city is famous and why so many pilgrims make their pilgrimage to the city. 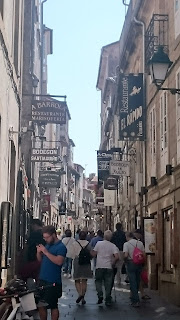 Having said that, we had a wonderful day out exploring the old town and visiting the Cathedral.  I loved the Cathedral and waited patiently in line for 50 minutes to pass the tomb of St James.  It was very spiritual and quite humbling and I can see why people make the pilgrimage to the city.

Mark was waiting for me patiently outside the Cathedral (20 minutes was enough for him!), but I knew that by now he needed a beer, so in true Spanish style we left church and went for drinks and tapas.

By Saturday we were ready for some peace and tranquillity so we said goodbye to Muros and headed off to Ria de Arousa.